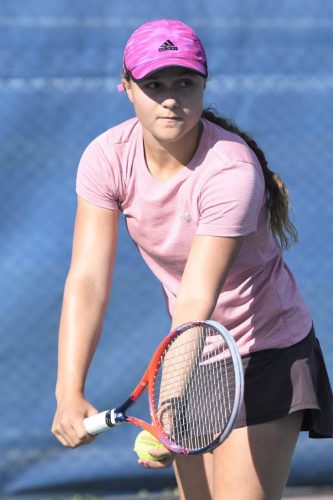 Alex joins us this 2022 season as the new TPC of Capilano Tennis. She has an impressive playing career, having competed for 10 years starting at the age of 8. She is an active member of the Tennis Professional’s Association and became a part of the Capilano team in the summer of 2020.

Alex has acquired many impressive achievements during her junior years, including winning a J5 ITF doubles title in Panama, winning the Alberta Provincials championship multiple times in both the U16 and U18 category, and competing at the Canadian Nationals on multiple occasions. She has competed in ITF’s worldwide, notably in England, El Salvador, Panama, and all across Canada. She remarkably qualified for the Eddie Herr tournament in Florida in 2017.

Alex is attending school at the University of Alberta and joined the Pandas Tennis team to compete alongside her teammates to win the University Nationals 2020 this past October. Alex’s character shines through both on and off-court, being the well-deserved recipient of the 2019 U18 Outdoor Nationals Sportsmanship Award.

From May 2, 2022 until the end of August, our tennis coordinators will regularly be on site from 4pm – 9pm on weekdays, and 10am – 2pm on weekends.